36
VIEWS
Share on WhatsAppShare on TwitterShare on FacebookShare on TelegramlinkedInPinterest

Drones are commonplace these days but having been stuck with a ‘ground level’ perspective for ages, its always thrilling to view well-filmed drone shots

I have visited the place more than a dozen times. Elmina is Ghana’s must-see tourist attraction.  I have also filmed the historic site more times than I can remember but it was only recently that I saw an aerial view. The joy of seeing it, with stunning side views was simply out of this world.

Until sometime during the 1990s, the only possible way to film such an aerial view would have been to transport a crane – hundreds of miles from Accra. You could also hire an Air force plane or chopper. They were more expensive and the filming wasn’t so straightforward. You could take shots through the windows or doors but that could be risky. You could of course hang precariously from an exit if you didn’t mind getting blown away by the wind 😳

These days, drones are essential tools of the trade but it took me a while to get used to those weird-looking viewfinders – a small price to pay I guess for stunning views never imagined. It always looks better and hopeful from up there.

Does the Falcon always hear the falconer?

Chinua Achebe answered in the negative in ‘Things Fall Apart, his classic novel. He was describing the futile efforts by white missionaries to convert the Africans – they seemed to have a mind of their own – Like drones sometimes, perhaps as I found out. Lost a few to battery failures at critical moments during filming. It fell into a lake and local divers had to come to our rescue because days of filming was stored on its drive.

Dones also tend to dive into high tension electric poles, especially those that line the scenic view from Akosombo in the Volta Region to Accra.

In Africa, birds chase drones out of their territory. For the crews’ amusement, we sometimes send up a drone and watch the battle for the skies. 😂 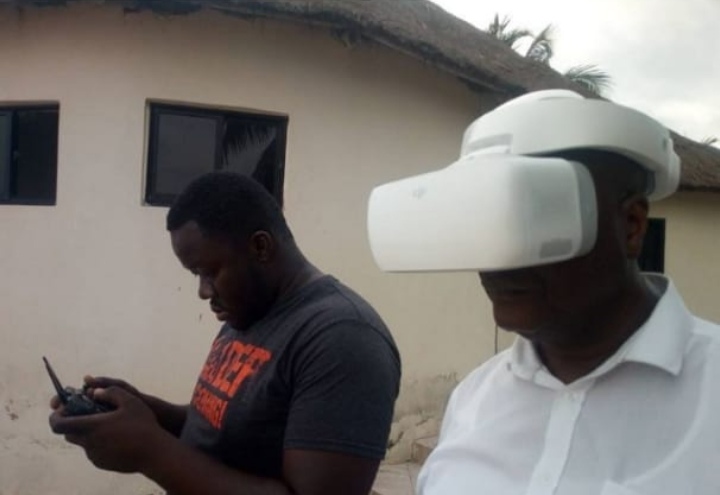