From Highlife heroes like Mac Tontoh to Hiplife rappers like Kwaw Kese, Obrafour, and Lord Kenya, and Rockstone, Ghanaian musicians re-discovered and popularised the powerful idiom of traditional poetry rooted in the Fontomfrom.

What is Fontomfrom?
Most African drums are loosely called  “Talking drums” but Fontomfrom is special in the way it functions as a medium of communication.  Much bigger in size than most drums, language was inscribed in the varied beats a drummer makes. The beats are coded language that can be interpreted word for word, syllable for syllable by people who know and understand drum language.  Linguists were trained and played a key role. Officially, they acted as court messengers but they were also great orators and poets in their own right. 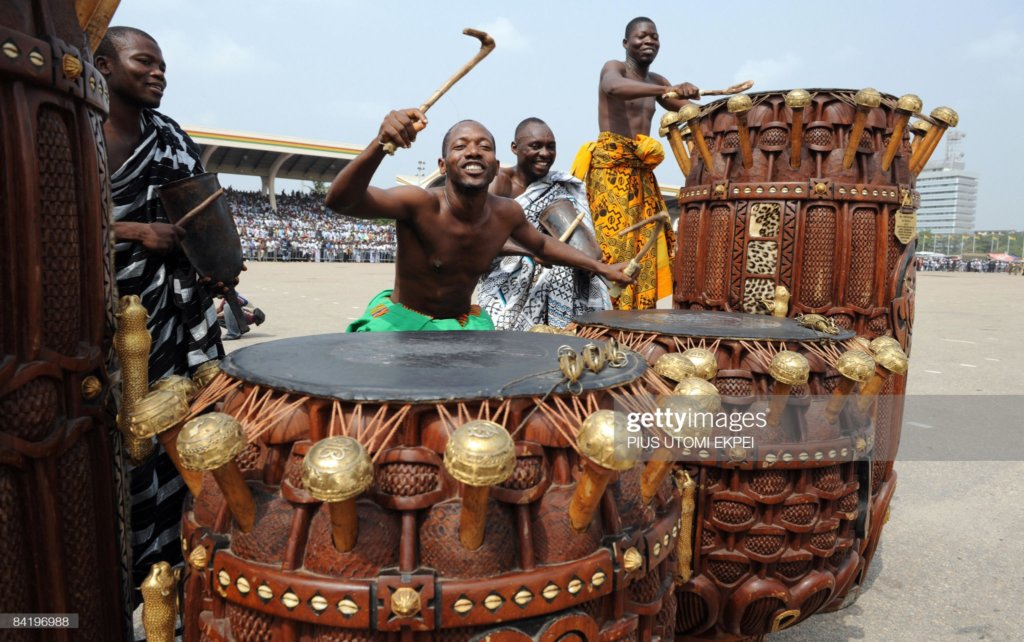 In pre-colonial Asante durbars, the language of Fontomfrom was socially taught and therefore so widespread that public debates could be conducted, disputes, matters of war and peace decided on through drumming and the varying interpretations of dancers. That was a key purpose of durbars.

Worked like the telephone
Fontomfrom could also send messages across considerable distances. Like telephone, except that instead of metal wires, sound waves are transmitted over distances by a relay system of drums. A drummer or group of drummers would receive the drum beats at point A, decode and transmit them to Point B – the next location –  till the message reaches its destination. 

Faded out
The great tradition faded during the colonial period but it is practised today in various guises at traditional durbars and some ceremonial occasions.
Sadly, Fontomfrom no longer functions with its wide-ranging attributes. Appellations and incantations are stil course popular.
Atukwei Okine and other leading Ghanaian poets alluded to the powerful role of the Okyeame, the traditional linguist. A great example in our post-independence era is Okyeame Akuffo, the official linguist of Parliament in the First Republic.

Hiplife irony
Some rappers, thinking they were following American icons made the language of Fontomfrom popular again, reclaiming in the process what came naturally to most of our musical heroes.