43
VIEWS
Share on WhatsAppShare on TwitterShare on FacebookShare on TelegramlinkedInPinterest 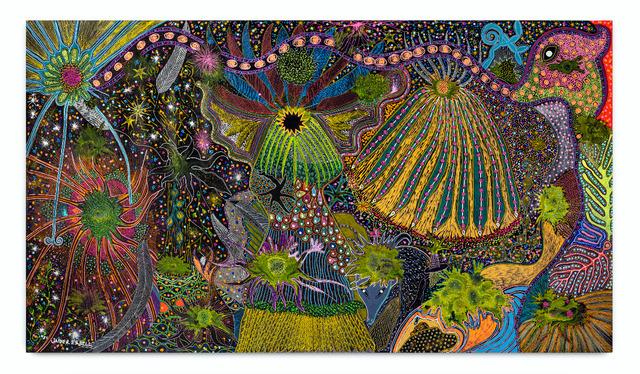 Jaider Esbell, a Macushi artist whose incredible pieces of work were included in the current edition of the Bienal de São Paulo, has died at 41. O Globo reported that the artist was found dead in his apartment in São Paulo on November 2. The cause of death is yet unknown.

Esbell considered his paintings, drawings, and conceptual works as a merger of art and activism. His paintings and drawings often portray brightly painted animals interacting with the landscapes in which they are set. They draw on Macushi views about nature, as well as myths and cosmologies.

How you like this ? Otis Kwame Quaicoe in America