Music in the eye of the storm

In 2007, Creative Storm invited two music legends to perform in Ghana; American superstar,, John Legend and Luciano, the Roots Reggae messenger from Jamaica.  Our inspiration was Soul to Soul, the marathon concert in 1971 that featured Tina Turner, Wilson Pickett, Santana and other top American stars. We were constantly reminded of the power of music and its incredible potential for raising positive awareness and as a tool for development.

The night of the concert was incredibly humid. I prayed it would not rain. It was an open-air concert, so it certainly would have spelt disaster if it did. Thousands of people had already gathered at the expansive venue, chanting and cheering in feverish anticipation. On my list to perform were John Legend, Luciano, leading ‘Reggae messenger’ after Bob Marley. It also included a formidable roll-call of leading Ghanaian stars.

The previous night had been an absolute disaster. Furious thunderstorms ripped the stage apart. I was advised by local people to buy some Schnapps gin and pour libation to pacify the gods but I  shrugged it off because the messengers were hopelessly drunk. They left saying “I will see”, which I understood perfectly well. In any event, we had no choice but to reschedule the concert for the following day. I woke up at dawn and clapped when I saw the sun rise over the horizon. The skies stayed blue throughout the day, encouraging more people to turn up at Independence Square in Accra – the third-largest square in the world, after Red Square in Moscow and Tiananmen Square in China.

As night fell, the weather started to change or shall we say, started to play up – sulking as the skies got cloudy and moody.  I stuck my hand out to make sure I was the first to feel the raindrops – Why and what difference that would make I am not sure to this day. I fixed my eyes to the skies. I could also feel the cool breeze and the winds stirring the waves when the DJ mellowed the music. The Atlantic ocean was a few yards behind the stage. Then I remembered Soul to Soul concert in 1971 also rained out and had to be re-scheduled. My anxiety got worse as I wandered around, watching the skies turn dark.

The show started very well with loud cheers as Ghanaian bands rocked the crowd. That bought on a smile but my heart sank again when I felt some raindrops.  Luciano, the Reggae star must have felt them too as he climbed the stage. Staring sternly into the skies, he shouted “Jah!!”. When the crowd responded “Rastafari!”, the rain stopped! I smiled. John Legend had left African Regent Hotel on the other side of town and headed towards the venue. I smiled again.

Mercifully, the heavens spared us another disaster to witness one of the biggest live concerts in Ghana.

The Legacy of Soul to Soul Concert -1971

From the concert video, the performances were truly exciting, the audience, ecstatic as they cheered on  Wilson Pickett, Ike and Tina Turner, Santana, Les McCann, Voices of East Harlem, Staple Singers and other American stars. An impressive list of Ghanaian acts also performed even though the publicity presented them as playing second fiddle to the Americans;  Kofi Ghanaba, Magic Aliens, Damas Choir, and Amoa Azangio, the spirited calabash shaker from Northern  Ghana who brought the place down in an incredible performance with Jazz pianist, Les McCann.

Months before the concert was incredibly hectic at Creative Storm as the team negotiated deals across time zones, sidestepping obstacles to make sure John, Luciano and their bands landed in Accra on time to perform. Most of the challenges were peculiar to the local situation. The fact that there isn’t a well-heeled music industry in Ghana that catered for or supplied the range of equipment and specialised services needed to stage such a major concert.

Soul to Soul was a foreign-led concept albeit in close collaboration with Ghana Arts Council led by Saka Acquaye. It is not an exaggeration to suggest that it was literally implanted on local soil and dismantled as soon as the last stage light was turned off. We had to start from scratch and reinvent the wheel as it were. The technical expertise and experience of the many people that worked tirelessly to realise that dream had left, long gone.

Getting the show on the road

Communication between Accra, Europe, the US and Jamaica was around the clock, whilst we supervised the integration of local logistics and staging. It was important to build a stage that maximised the exceptional space of the  venue. High-quality sound was essential, so we set out working with the technicians of the various artists to achieve this. Luckily, we had previously staged two international concerts at the same venue  – experiences that came in handy working with Salif Keita, Seun Kuti, Mahotella Queens,  Mac Tontoh of Osibisa and others. We also worked with Courtney Pine, UK’s leading Jazz star, who required a highly balanced mix of acoustic and electronic sounds.

Walking about, I felt it might be interesting to build the stage against the backdrop of the giant Independence Arch, using it as a symbolic prop. 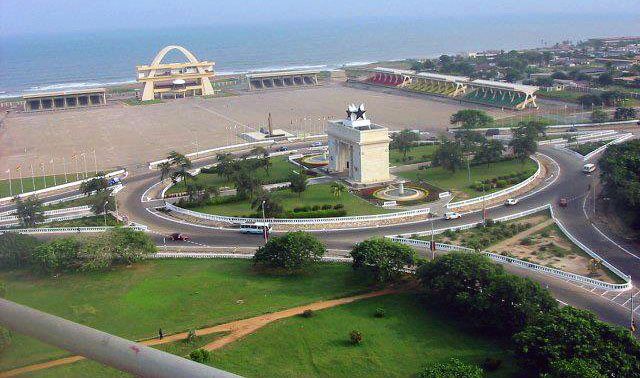 There were other arrangements to take care of – hotel, protocol, security, as well as working with media journalists to generate publicity. Taking a cue from Soul to Soul, we made arrangements for the Ghanaian musicians to meet the visiting artists at the airport. We also arranged for them to visit some historical sights.

Ghana does not have suitable indoor venues for concerts and big events. Accra Conference Centre, one of the biggest only takes 1600 people. On the other hand, Independence Square can easily take close to a quarter of a million or more people if both stands and the concrete tarmac are filled. However, it does not have a wall and best for free events. That’s bad news for promoters because ticket sales are critical to make good the huge capital outlay required for such big shows.

An alternative outdoor venue was Accra Sports Stadium, a stone throw away but not so ideal for music concerts. Filled to capacity, a large chunk of the audience could be starring at the side or back of the stage throughout the show. We thought yes, well maybe, why not. At least ticket sales could be guaranteed. Not quite. Because of the many gates and entry points, it was difficult to prevent ‘ticket sale leaks’ – The heartbreaking realisation that despite the massive crowds at your concert, you have collected little money to show for it.  “Controlling” the gate is critical for every promoter so we mobilised a team of dedicated ticket collectors and cashiers. The problem was, we did not have the numbers to cover all the gates and entry points at the stadium.

Promoters benefit from advance ticket sales. It sizes up your expectations and drives your pre-show processes, making you more proactive.  If you are lucky to sell out, you can divert your energies to other aspects of your campaign. In Ghana, however, music fans don’t buy tickets in advance, not when the concert is headlined by foreign artists. Some simply don’t show up and it’s difficult or tiresome sometimes to get refunds.

Consequently, on the day of the concert, long queues form at the venue, with a good dose of drama –  panic buying, queue-jumping, hawkers and pickpockets alike doing their thing, and petty quarrels here and there as fans struggle to get into the venue. The commotion gives perfect cover for crooked ticket collectors and cashiers to fiddle the system. They will admit people with fake tickets or simply let in people for petty cash, with the connivance of hired security personnel.

All said and done, one sad event kept us away from the sports stadium – the stampede of 2001 when many football fans rushing out of the stadium lost their lives. An impressive statue stood in their memory at the main gates. As I passed it on the day of our recce, I pledged not to tempt fate. Back at Independence Square, we decided to go for it and build a temporary wall around it. Using durable plywood with a number of gates at the main entry point to the square, we worked day and night and completed it just in time for the concert. Considering the size of the square, and our small team of carpenters, this was an impressive effort and well-executed.

Our strategy was to sell the tickets as cheaply as possible, the equivalent of $5 to $10 a ticket and get as many people as possible to watch the show. Most of the tickets were actually cheaper than most local shows without foreign stars. This was essential to discourage gate crashers. We were proven wrong and badly wrong not because most of the people that turned up could not afford the tickets.

The wooden wall was cut and split open in several places. Makeshift ladders were used to help people jump into the square, particularly behind the stage. “Free ticket contractors” charged 5 cents or less for free entry by such means. Why such criminal responses to a concert that also pledged support for flood victims in Northern Ghana is anyone’s guess. It certainly goes deeper to a disturbing syndrome within the national psyche. 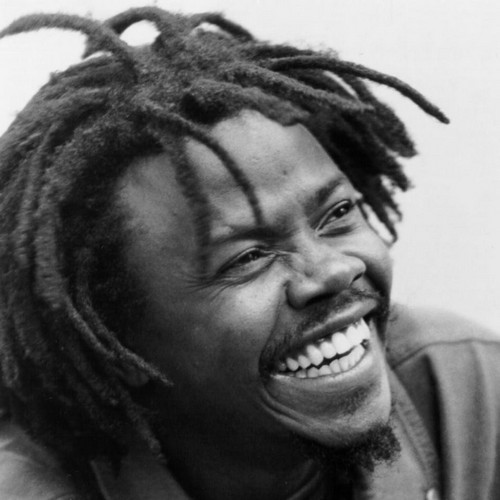 Wulomei returns to the world stage for a deserved encore !