Kanye West is Not Crazy

64
VIEWS
Share on WhatsAppShare on TwitterShare on FacebookShare on TelegramlinkedInPinterest

Kanye West loves Donald Trump and thinks slavery was a choice. We certainly can disagree with him about the choice of a people, shackled and forced unto ships that sailed to a place where they worked for free as property of their enslavers.

Kanye is the bull in the china shop, he shoots from the hip and scatters the pigeons. But does that make him crazy?

“I don’t want to say crazy because I also want to change the stigma of crazy. I want to change the stigma of mental health”, says Kanye West, trying to make sense of a crazy world. His struggles with mental health are well documented. Less known is his fight against the diabolical impact of stigma. It raises issues not only pertinent to his career but opens for us a unique window through which we can discuss and recalibrate our understanding of the vexed relationship between creativity and mental illness.

Are artists crazier than other people?

Historically, the notion that talented artists are crazy is strong in the public domain. There are of course artists battling with mental illness. My life as a creative in both performance and literary arts certainly provides sad experiences of artists suffering from severe depression and the dire consequences. In the middle of a show, the guitarist simply put down his instrument and walked off the stage never to be seen again. A brilliant singer jumped out of the window of her sixth-floor apartment to her death. There are many other less dramatic but equally sad stories to tell. That said, the impact of stigma is so powerful that many people live in denial of their mental illness, scared about what society would think about them. Seeking support or help is usually put off and often comes too late.

More generally, the stigma of mental illness undermines our acceptance of creative arts as a justifiable career option. This impacts badly, especially on young people who may be thinking of turning their creativity into careers. Unfortunate stories or reports about talented artists who die as a result of say, drug overdose or suicide travel faster than the speed of light. Anybody else and the connection between their misfortune and what they do would not be so fixated in the public’s mind. The media perception definitely gets worse when the spectre of drugs, sex and alcohol abuse are thrown into the toxic mix and seen as essential to a creative lifestyle and career.

Strangely enough, the consumption of creative goods made by supposedly “crazy artists” does not seem affected by stigma. On the contrary, the world needs some ‘crazy’ to cope with what most people experience as “normal”

Creatives are no “crazier than other folks we know but the creative process requires a different working of the brain. Being naturally talented is a blessing but the rest can also be hard work. A flair for creating words, visual imagery or a song may not exempt you from taking up a whole day to do what usually takes a few minutes. Many talented writers have skipped breakfast, lunch, and dinner cracking their brains for that elusive word!

The Power of Visualization

Most of what artists create is by imagining and visualization. To make a film, it is helpful I see it first, literally.  I need to ‘see’ the storyline in my mind, sometimes frame by frame in order to tell it to others. ‘Seeing’ the film and telling it helps others interpret it, which is the basis for effective collaboration.

If the creative output is music, improvisational methodologies can work equally well. Once the creative core has been invented, others can interpret the song and pass it on. It can go through cycles of creativity and cross several aesthetic boundaries.

In performance, the artist is usually driven by high doses of creative adrenaline. This can be compared to climbing a mountain. Takes a lot to reach the top. That could be the easy part. How you come down may be harder. Paradoxically, the applause is loudest if you are very talented. I have seen some top artists do four or five encores every night on a two-month tour. How do they come down each night?

The scourge of drugs 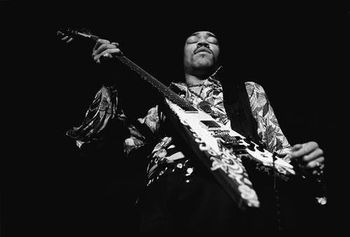 A performer who relies on drugs to manage pendulum swings of adrenalin is in trouble. What about support from the music industry that is constantly refuting claims that executives make more money from dead artists. This has been persistant because there are few safety nets for artists stigmatized as “troubled”. Many have sadly died from mental illness, drug addiction or tragic incidents  –  Jimi Hendrix, Jean Michel Basquiat, Janice Joplin, Marvin Gaye, Phil Lynott, Donny Hathaway, Peter Green, Brian Wilson, J Cole, Kendrick Lamar, Sam Cook and many others.

He is brilliant and a hugely influential artist whose impact has been phenomenal. “Love Lockdown” got me hooked to his creative vibe and blown by the video featuring African warriors.

The video “Jesus Walks” was also mind-blowing. A powerful precursor to his controversial album “Jesus is King”.

This album and Kanye’s conversion raised highbrows.   Older tracks like “Jesus Walks” however point to an underlying attraction to Christian gospel and deliverance. Nothing new there. The church was key to the birth of African American music. Many artists still straddle the divides. Most times they cross over to secular music but retain close ties. Like Al Green, they sometimes return to play key roles.

In a society where incredibly talented artists are rewarded with thrills of money and fame, your own life can become your worst nightmare.