315
VIEWS
Share on WhatsAppShare on TwitterShare on FacebookShare on TelegramlinkedInPinterest

Heard about the ’wars’ between Ghana and Nigeria? – who wins the World Cup qualifiers, who cooks the best Jollof, why Twitter chose Accra instead of Lagos for its regional office and more? Well, I discovered the perfect alternative narrative – How Fela Kuti invented Afro Beat in Ghana working with both Ghanaian and Nigerian musicians in a magical and seamless synthesis amongst friends and across colonial borders.

I met Tony Allen, Fela Kuti’s original drummer when Panji Anoff and I invited him to perform at Alliance Francaise in Accra in 2010, as part of High Vibes Music Festival. Once described by Brian Eno, the legendary producer as “the greatest drummer in the world “ Tony Alen was at the time involved in several exciting projects. He had released Secret Agent (2009) and featured on albums by Ray Lema, Sunny Ade, Manu Dubango and other leading lights of African music. He had also made a considerable impact on the European music scene. Before he parted ways with Fela in 1979, he had recorded over 30 albums with him.

Uncle Tony, as I came to call him was a man of few words who would rather smoke his thing quietly than engage in idle chatter or banter. However, when I asked him when he was going to visit Accra again, he felt obliged to point out that he was born in Ghana and that his mother was Ghanaian. His band had just flown in from Germany. To prove his familiarity with Accra, he mentioned a few old-time joints that I found out were iconic in the untold story – How Fela and his band, together with Ghanaian musicians cooked up the essential ingredients of Afro Beat from Highlife and Jazz in Accra during the 1960s. 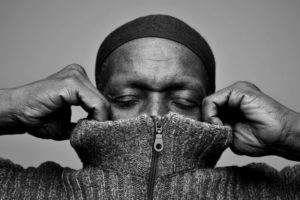 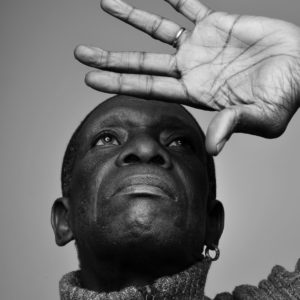 I found out his mother was called Prudential Mettle, most likely born in Accra from her family name. As drummer and close collaborator, Tony created the original beats that defined Afro Beat. Fela led the charge by synchronising the indigenous Highlife sound with fusions of Jazz and funk and distinguished the powerful brew with Afro-centric polemics! That was when he transformed Kola Lobitos into Africa 70 and proclaimed himself as the leading light of a new Pan African musical and political movement. 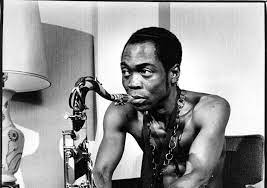 There were critical imperatives Fela had to respond to and quickly. American singer James Brown and Geraldo Pino from Sierra Leone had made a great impact on the local music scene. Fans were going crazy over their Soul and Funky songs supported by a mesmerising range of local copycats who were getting things messy by dividing audiences. That did not sit well with Fela, convincing Tony to ‘funkify’ the Highlife beats for the dance floor. He shuffled the sticks over the cymbals alright but made sure his feet never missed the beat. Everything thing else followed the beat which broke the monotonous structure of Big Band Highlife, then in vogue.

Suddenly, Fela’s Afro Beat shows exploded all over Ghana and across West Africa. Faisal Helwani, then his manager organised all Fela’s shows along the Atlantic Coast. Napoleon Club in Osu, which he owned and managed also became one of the hottest venues in Accra.  Fela’s Afro Beat came into its own, adopting call and response patterns and imitating local rhythms. In place of esoteric Jazz solos, Fela for the most part spat more staccato phrases into his saxophone convinced that the emphasis must be heavy on the beat.  The beat Uncle Tony Allen created. Fela felt so exhilarated  when he called the band to attention for his well renowned “yabbings”

How a TV Show Could Save Women, Babies In Ghana. CNN