The day I nearly betrayed Arsenal 😎

All the fault of Essien, Drogba and Mikel. 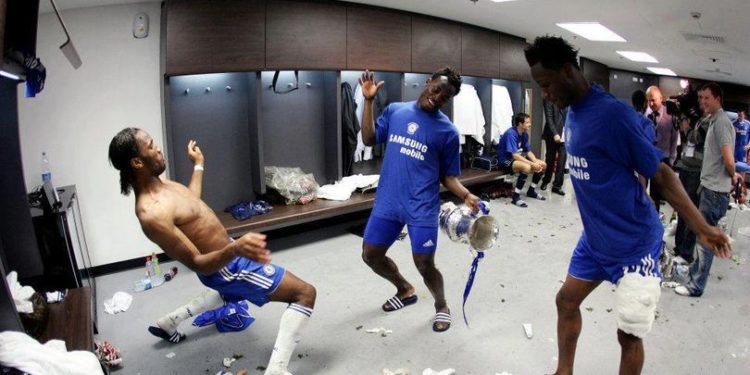 171
VIEWS
Share on WhatsAppShare on TwitterShare on FacebookShare on TelegramlinkedInPinterest

It’s always intriguing to guess what song Drogba, Essien and Mikel, then stars of Chelsea could be dancing to.  Shatta Wale’s “Forgetti” or “Joro” by Wiz Kid come to mind but both songs were released much later. This was 2012 and Chelsea had just won the UEFA Champions League Cup after a nail-biting penalty shoots out.

Bayern Munich missed their kick! The loud gasp of disbelief could spark a power plant. I grabbed a cool drink from the fridge just to calm my nerves. I couldn’t keep my eyes on the TV screen. Inside the stadium, the anxiety could catch fire if a  lighted match was thrown down from the terraces.

Drogba stepped forward to settle matters for Chelsea.  God knows what was going on in his mind. He seemed so calm and composed, oblivious to the weight of responsibility on his shoulders. He was then one of the top strikers in the world but that would not have mattered a dime if he had fluffed it. Would he score or would he not score was the question. He carefully placed the ball, stepped back and got ready to kick it. I turned down the volume on the TV, to the annoyance of my friends. I closed my eyes and started counting to ten.

When I opened my eyes, my friends were shouting and dancing like absolute maniacs. The door had been flung open and they were dancing in the streets. At the stadium, it was total pandemonium.

I must confess I got close to singing a Chelsea song, which was an absolute abomination. Fair enough to congratulate the winning team but to sing along like a shirtless larger lout? I had been had. Led up the garden path by Essien, Drogba and Mikel.

Thankfully,  I was sane again. My phone was ringing off the hook.  That was when I realised I had lost the bet.