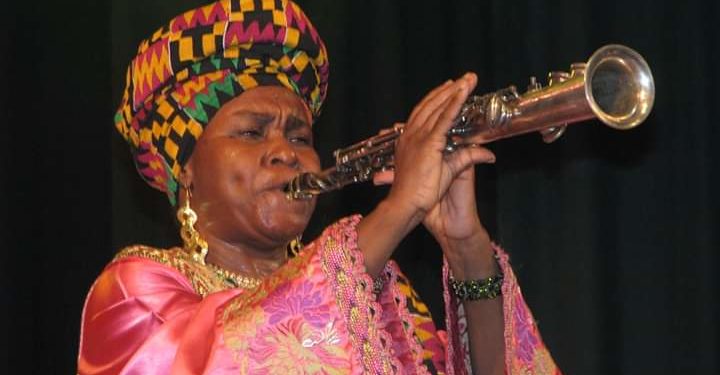 1.1k
VIEWS
Share on WhatsAppShare on TwitterShare on FacebookShare on TelegramlinkedInPinterest

This Highlife classic is given exquisite treatment by rising star, Yaa Yaa. The original was recorded in the 1970s by Yamoah’s Band and sang by Agyaku, the lead vocalist. This acoustic treatment enhances Yaa Yaa’s distinctive voice and charming lyrics.

In the original song,  a man describes the beauty of a woman in flattering detail. Yaa Yaa makes us appreciate the qualities of Serwa Akoto even more. My sister is called Maame Akoto. Always brings fond memories.❤️

A popular favourite by Highlife legend, Pat Thomas.  Money and its addictive influences.  “When you don’t have it, you feel ill. That’s my favourite line! True words sung with a good dose of proverbial wisdom.  Uncle Pat’s voice is impeccable as always and the sound is driven by well-crafted rhythms and melodies.

3. OBI DO WO A DONOBI – Kwabena Kwabena

A star is born. This song came out of the blue and got everybody excited. “Love goes where it is appreciated” Familiar words from Highlife’s songbook but sounds well serenaded coming from Kwabena Kwabena.

Tema’s Talk of the Town Club in the 1970s. AB Crentsil’s band builds up the interplay of guitars and horns and whips up the crowd into an absolute frenzy.  Dance floor jams are the craze with  CK Mann Dr K Gyasi enjoying great success. They both recorded two classic non-stop records -“Party Time with Ceekay” by the Fantse crooner (1973) and “Sekyi Highlife” released by Dr K Gyasi and his Noble Kings. (1975)

The dancefloor is packed out and most dancers are dripping in sweat. AB is a master of call and response techniques. That night,  he was surely going to be crowned King of Highlife jams!

We enter the studio with legendary Wulomei for a remake of their 1970s hit song. We brew our version with funky beats, wailing guitars, horns, and chopping keys. 🇬🇭👏

And for your listening pleasure, a treat from Wulomei, LIVE!

A counter-strike against Highlife fusion and a welcome return to Guitar band music. Originally known as Kwaku Daremah, the prolific musician apparently earned his honorary doctorate from his band members when he recorded two full albums in just two hours. That was for Decca Records Nigeria.

Dr Paa Bobo lived in Imo State, Nigeria with his band. Before then he had cut his musical teeth in Ghana with Okukuseku International and Smart Nkansah of Sweet Talks fame.

It is said there is a little of ‘Yaa Amponsah’ in every Highlife song.  Linguist illustrates the moods you can create by exploring a range of possibilities without a pronounced drum beat. I hear shades of Jazz, Blues, Calypso, and some Rock improvisation. Maybe more?

‘Yaa Amponsah’ template allows you to take off in all kinds of musical directions. This has helped Highlife adapt to changes in musical tastes. Highlife is cool with Jazz, Calypso, Soul, Rhythm N Blues, Funk, Disco, Hip Hop and Dancehall. The beauty of it is that it never loses its distinct origins and pedigree.

An 80s party stomper with Kari’s Bannerman’s guitar bolting down a classic Highlife song. Jon K pushed the boundaries of Highlife to embrace the technological flair of Soul and Funk. This was facilitated by his mastery of studio technology and quest for a new sound. This hugely popular track appeared on Adowa, his debut album, after touring the world with Eddie Quansah, the Highlife legend, and before producing Ben Brako’s Baya  – one of Highlife’s fastest-selling albums.

Jon K was a friend and close creative collaborator. We were mates at Adisadel College, Cape Coast and played together in a couple of student bands. He joined African Dawn for a few sessions in London. He also composed and recorded film scores for my documentary, Ouaga, African Cinema Now.  I helped raise funds for Adowa, his first album and his venture into TV production in Ghana. He originated and first produced the Taxi Driver Series on GTV.

It was truly a sad day in July 1999 when I had to write his obituary for The Guardian. https://www.theguardian.com/news/1999/jul/28/guardianobituaries

Queen of Highlife after the era of Charlotte Dada, Lola Everette and Christie Azumah. Asabia is also an excellent Soprano player. His brother is Agyeman, also known as Kenteman and Eugene Cropper. My classmate at Akodzo Middle School in Tema and certainly one of Ghana’s greatest bass guitarists and songwriters.

Asabia sings beautifully in Ga – Adangbe, which in Highlife has not been featured as prominently as Twi and Fantse.