Terry Bonchaka – The Tragic Death of a Star

I saw Terry Bonchaka on TV and was blown away. He had incredible stage presence and the theatrical flair of a young James Brown. He was finely built with a great physique and in flashes comes over as a charming pugilist in the ring. Terry also exuded pride and confidence in his own skin. In popular music, the combination of creative skill and branding rooted in one’s own experience is rarely found in one person. I figured also that this kid, confident enough to comb his Afro hair whilst doing his crazy “Pulele’ dance could take us somewhere. Maybe close to where Osibisa left off.  I wasn’t sure exactly how but a few well-produced songs under a manager sussed in the global music industry might serve him well 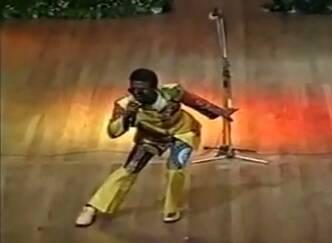 I also thought promotion of his brand could do with a well-conceptualised documentary of his life story and a few other outputs for online publicity.  I had worked with Jubilee 2000, the first major global campaign to use the internet to great effect, deploying Bono of U2, Mohammed Ali, Youssou Ndour and others.  I was thrilled with the prospect of helping out.  Perhaps more than anything else, I felt that his kind of mind-blowing, locally rooted music had great potential to tread where “World Music failed to tiptoe.

Mac Tontoh and I had interesting conversations. He was a great storyteller and always happy to share his experience and deep understanding of the music industry, both in Africa and globally. He lived close to me in Airport Residential Area. We started working on an Osibisa museum which I believe could have turned into a big global attraction. Being a showman himself, Mac had great admiration for Terry and said he was happy to help choreograph his live shows. He could also show him a few more tricks of the trade. He thought Terry’s collaboration with King Ayisoba was a step in the right direction, recounting the sensational impact of Amoa Azangio, the calabash player from Nothern Ghana at the Soul to Soul Concert. He thought a few more agile players on stage could greatly enhance the visual impact of Terry’s shows.

I went to see Panji at his TV 3 studios. He was then recording Okomfo Kwadae. I knew Panji in London’s creative circles and was excited to see him in Ghana. We later collaborated on the High Vibes Music Festival. Hush Hush Studios in Kaneshie impressed me.  Hammer the inventor of the third phase of Hiplife was busy recording a compilation album featuring Tinny, Obrafour, Okra, Edem, Desmond Tutu, Sarkodie and the new Turks of Hiplife.

On that day in October 2003, I  had arranged to meet Terry Bonchaka through Regan, his close spar. Regan attended Adisadel. So did Terry and myself. The rapport deduced from the old boy’s network was instant. Adisadel had a Jazz band that produced some of the best Ghanaian musicians and music industry people. I was not surprised Terry benefited from that musical tradition.

That morning in October, Regan called to postpone the meeting. he said Terry had just booked himself a show at the University of Ghana, Legon. The money was good and the students were crazy to see him. This must have been after his show at the National Theatre where he got on stage from the roof! That was the first time anybody was crazy enough to try this stunt. Apparently, the main buzz on campus was how he was going to appear on stage. Terry loved fans and showmanship. Regan also said Terry might also go to Kumasi for another quick show. “So senior, please let’s make it Monday or Tuesday afternoon. I said yooo.

I was woken up by a frantic call. Terry was dead. He had been killed in a road accident after the show at the university! I rushed to the Legon Police Station but sadly, came home with these heartbreaking photos. 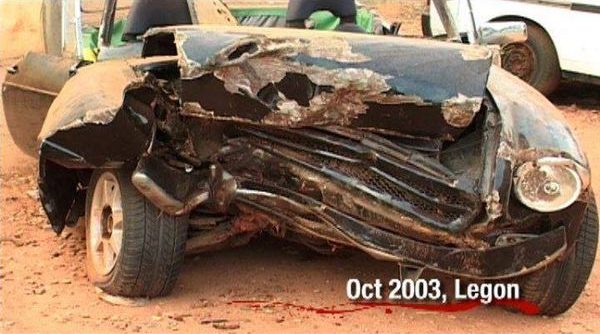 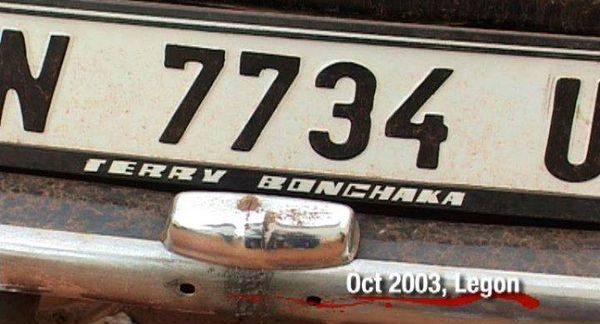 Why this tragic event?

A friend sent me this anecdote.

RB: “That was my boy, he saw one of my old cars and wanted one. The car he crashed in was one of the old classics I introduced him to. He didn’t know how to drive and always had someone driving him. He used my 1960 Peugeot convertible for his Pul33l3 video, which never got shown coz he died soon after.
He did a concert at Legon and after, with all-around, decided to drive home by himself in the classic, against advice from his co-pilot who normally drove. He crashed that early morning and died sadly……..
I was so sad paa and seeing this, has brought it all back bro:( what a talent he was…..
May he continue resting……..I miss my boy:”

Protecting Ghana’s Maritime Environment. THE VIDEO THAT WENT VIRAL FOR THE RIGHT REASONS